Pause for a moment and contemplate what it feels like to pilot a bicycle with skill, passion and precision.  It’s an astounding sensation, is it not?  I’d venture to say that it’s an awareness you’ve already experienced first-hand.  Perhaps it hit you during a race that was going exactly according to plan or maybe it was in the moment you realized an injury had subsided and would no longer be restrictive of your abilities.  Whatever it may be, it’s that feeling that draws the greatest amount of satisfaction from my cycling memories.  While devising the paint layout for my Mosaic, I wanted to tell a story that would stretch beyond simple appearance and into a realm of emotional provocation.  I was aiming to tell a story without the use of words.

Much like my field notes booklet of component specs, I also keep a digital catalog of expressive bike builds for inspiration.  I still do this today.  Thankfully, there is no shortage of  jaw dropping builds that pass through the Speed Shop Service Center with regularity.  A theme that consistently drew my interest were simple color blocked bikes with bright and bold colors. Color fades had become ubiquitous on modern builds.  I wanted to construct a look that would remain classic and timeless.  Think along the lines of La Vie Claire team livery from the 1980’s.  Mosaic’s tri-color scheme would fit the bill perfectly, but with which tones could I tell MY story?

I spent the formative and adolescent years of my youth in central Texas participating heavily in two specific activities: Baseball and Cycling.  As a Texan, the champions of athletic greatness I held up with high regard were Nolan Ryan and Lance Armstrong.  Transgressive behaviors aside, I wanted my Mosaic to reflect the joyous memories of my childhood summers spent outdoors.  Coupled with my relocation to Houston, it was a natural course of action to select a red, orange and yellow pattern against a navy blue base to represent the city that would host my future endeavors.  The same scheme could simultaneously symbolize the nostalgia of my past spent under the remarkable Texas sky.  The entire frame is finished with a pearl coat that shimmers under direct sunlight.  At any given moment, I can glance at my Mosaic and evoke the feelings associated with riding in the midst of a hot summer day.  Allow me to express how coveted that sensation of warmth is after a decade spent residing in the cold and dampness of the northwest! 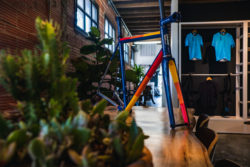 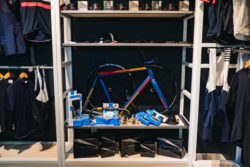 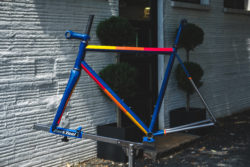 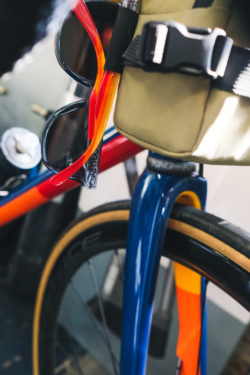 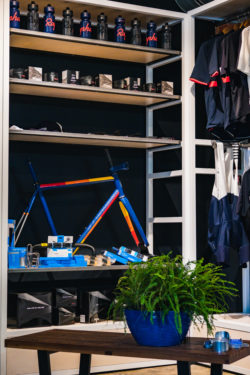 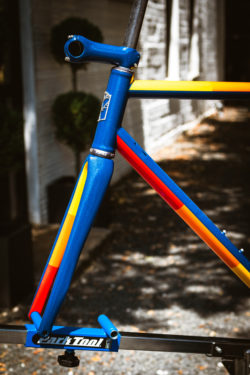 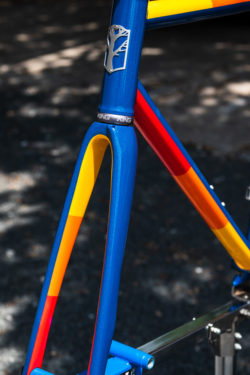 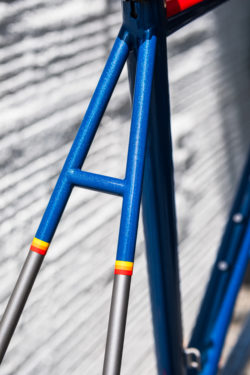 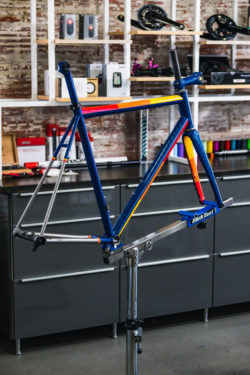 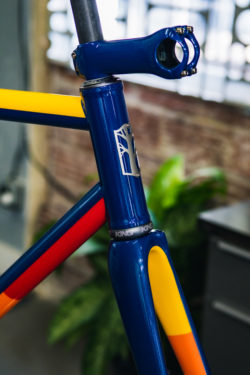 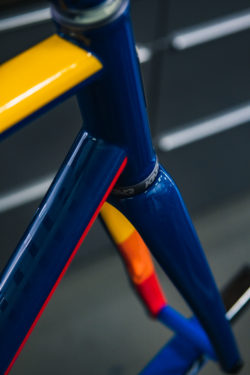 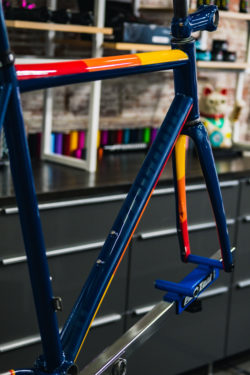